To assess the post-harvest residues of a crop as a potential source of humus matter formation, it is necessary to know the time of their complete decomposition [1, 2]. Such information for some crops of crop rotations, in the conditions of the Central Black Earth Region, is practically absent.

Therefore, we laid a model (laboratory) experience and studied the duration of crop residues decomposition. Such experiments are the ones where we can get more or less unambiguous answers to certain questions related to post-harvest residue decomposition, as most of the factors influencing residue decomposition were maintained in optimal parameters. These parameters, according to M.M. Kononova [3-5], should be the following ― the temperature of about 30°C and soil moisture of 60-80% of the total moisture capacity. A simultaneous increase in temperature and humidity or their simultaneous reduction decreases the rate of decomposition of crop residues. When one of the factors increases, the intensity of decomposition of organic residues obeys the law of minimum and maximum. If anaerobiosis is constant, the decomposition processes slow down sharply and gradually subside.

In the first year, the most rapid reduction in biomass was observed in the winter vetch-oat mixture and maize for silage, both in the occupied and in the green manure fallow. On these variants, half of the biomass applied to soils is decomposed. This is explained by the fact that post-harvest residues of these crops contained large quantities of easily degradable substances and they (under favorable conditions) decomposed quickly. This process was slower in grain crops ― winter wheat and barley, which decomposition rate was 1.5-2.0 times lower.

Table 1. The Rate of Decomposition of Crop Residues in the Crop Rotation (Laboratory Experiment in Vessels)

In the first year, the most rapid reduction in biomass was observed in the winter vetch-oat mixture and maize for silage grown both in the rotation with occupied fallow and in the rotation with green manure fallow. More than half of the ploughed biomass was decomposed on these variants. This is explained by the fact that post-harvest residues of these crops contained a large amount of easily degradable substances and they (under favorable conditions) decomposed quickly. This process was slower in grain crops ― winter wheat and barley ― with decomposition rates of 40.1-40.8% and 60.8-61.4%, respectively, which is 1.1-1.5 times higher than mixed residues.

Table 2. The Rate of Decomposition of the Biomass of the Crops in the Crop Rotation (Laboratory Experiment in Vessels)

This is one of the important points to consider when planning crop rotations. Crops with high and slow decomposition rates should be alternated, as a short period elapses after the harvesting of the crop's predecessors (especially nonfallow crops) before sowing winter crops so that the rapid decomposition of their post-harvest residues often coincides with the growth and development of winter crops. If the amount of fertilizers applied to winter crops (especially nitrogen fertilizers) is insufficient, nitrogen starvation of crops may occur, because decomposition of nitrogen-poor post-harvest residues of barley, winter crops, and maize for silage occurs with immobilization of soil mineral nitrogen. Therefore, it is necessary that in the period from harvesting of predecessors to the sowing of winter crops, most of the post-harvest residues have time to decompose and release as many nutrients as possible.

In general, according to the rate of decomposition in the first year in the laboratory experiment, the studied crops can be placed in the following descending order: winter vetch-oat mixture ― maize for silage ― barley ― winter wheat.

In the second year, the biomass of the winter vetch-oat mixture and winter wheat was almost completely decomposed ― the percentage of decomposition was between 3.5 and 6.7. The decomposition rate of maize and barley residues decreased, leaving 20 and 23%, respectively, undecomposed.

In terms of the rate of biomass decomposition in the second year of the laboratory experiment, the studied crops can be placed in the following descending order: winter vetch-oat mixture ― winter wheat ― maize for silage ― barley.

The residues of alfalfa, clover, vetch-oat and maize for silage contained the most nitrogen. Grain biomass contained less than 1% of nitrogen.

Crop residues (except winter wheat, where the content of this element was as high as 0.12%) did not differ much in phosphorus content. Its amount varied from 0.24 to 0.28%.

The studies showed that the crop residues of the studied crops differed from each other in terms of carbon and nitrogen content.

It was already higher in alfalfa and clover residues (24.3 and 25.0). Due to this narrow ratio, these residues are capable of rapid mineralization. Immediately after they are ploughed in, a vigorous microbial process begins, resulting in most of the biomass decomposing, which creates favorable conditions for the growth and development of subsequent crops in the crop rotation.

This ratio was wider on the other variants of the experiment (from 37.0 to 96.0). This is because these residues, according to scientists [10, 11], are enriched with lignin, waxes, and resins and contain few protein compounds. Therefore, additional nitrogen mineral fertilizers (10-15 kg a.d.m. per 1 ton) are needed to accelerate the rate of residue decomposition in these variants, while this is not required for clover and alfalfa residue decomposition.

Thus, in terms of C: N, and, consequently, higher decomposition rate, crop residues can be placed in the following descending order: clover, alfalfa, vetch-oat, maize for silage, winter rye, winter wheat, and barley. Besides, under the laboratory experiment conditions (controlled conditions), the rate (potential capacities) of decomposition was higher than under field conditions. However, the presence (addition) of residues from previous years reduced the rate of decomposition.

CONFLICT OF INTEREST: None

ETHICS STATEMENT: Authors are aware of, and comply with, best practice in publication ethics specifically with regard to authorship and compliance with policies on research ethics. 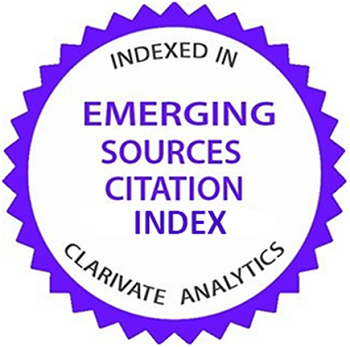